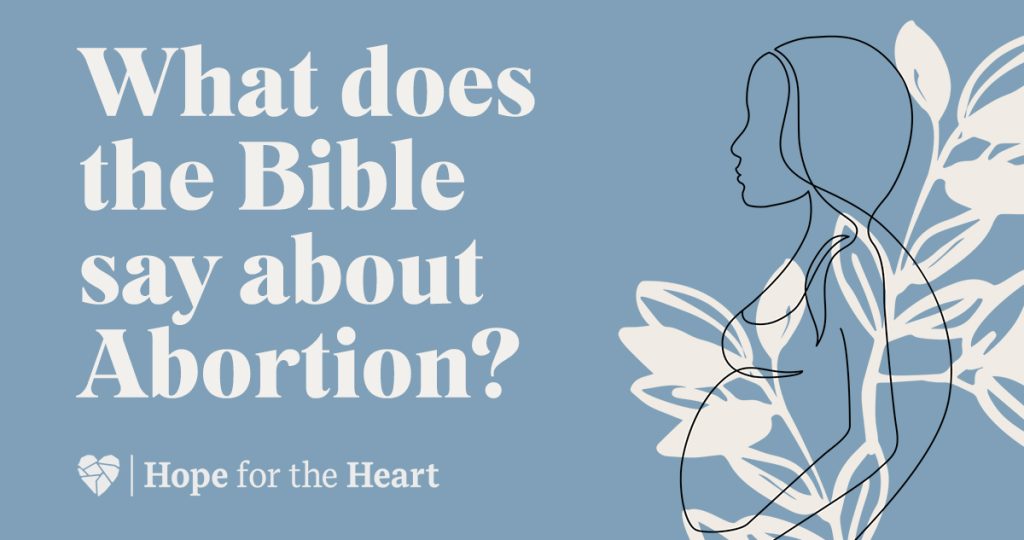 This article is adapted from the Keys for Living book, The Abortion Dilemma: Answering the Tough Questions

As the Creator of all life, God is not silent on the issue of abortion. If you are seeking to gain God’s perspective on abortion, the most beneficial thing you can do is to read the Bible. When we read His Word, we see the heart of the Giver of life and what He thinks of those He created.

“All Scripture is God-breathed and is useful for teaching,
rebuking, correcting and training in righteousness,
so that the servant of God may be thoroughly equipped for every good work.”
(2 Timothy 3:16–17)

What does the Bible say about Abortion and the Sanctity of Life?

God created humankind in His image. God uniquely formed human beings to be His image-bearers and gave them a special dignity, personal freedom, and individual accountability above all the works of creation.

“God said, ‘Let us make mankind in our image, in our likeness, so that they may rule over the fish in the sea and the birds in the sky, over the livestock and all the wild animals, and over all the creatures that move along the ground’” (Genesis 1:26).

Human life begins at conception and human beings have been made to be in relationship with God, who created each person’s inmost being, knit together in the mother’s womb.

“For you created my inmost being; you knit me together in my mother’s womb. I praise you because I am fearfully and wonderfully made; your works are wonderful, I know that full well. … Your eyes saw my unformed body; all the days ordained for me were written in your book before one of them came to be” (Psalm 139:13–14, 16).

“This is what the LORD says—your Redeemer, who formed you in the womb: I am the LORD, the Maker of all things, who stretches out the heavens, who spreads out the earth by myself” (Isaiah 44:24).

Human life, even before conception, is designed by God for a specific purpose. Every human life must be recognized, respected, and protected as having the rights of a person and the irrevocable right to life.

“Before I formed you in the womb I knew you, before you were born I set you apart; I appointed you as a prophet to the nations” (Jeremiah 1:5).

Human life is precious and deserves to be saved. All life is precious. Therefore, deliberately terminating human life after conception is a sin against God for which individuals are held accountable. Extremely rare situations exist where saving the life of the mother can result in losing the life of the baby. However, this is a matter of trying to save one life or two lives, as opposed to causing the death of one or both.

“The fruit of the righteous is a tree of life, and the one who is wise saves lives” (Proverbs 11:30).

Human life must be protected and defended from conception to natural death. We are ethically bound to defend all human life from destruction, whether by surgical abortion or use of drugs, devices, or procedures with the intent of terminating human life.

“Rescue those being led away to death; hold back those staggering toward slaughter. If you say, ‘But we knew nothing about this,’ does not he who weighs the heart perceive it? Does not he who guards your life know it? Will he not repay everyone according to what they have done?’” (Proverbs 24:11–12).

Human life must be publicly and peacefully proclaimed as sacred. Those who make up the Christian church, including and led by Christian ministers and ministries, should be public witnesses regarding the intrinsic and irrevocable dignity of all human life, from conception to natural death.

“This day I call the heavens and the earth as witnesses against you that I have set before you life and death, blessings and curses. Now choose life, so that you and your children may live” (Deuteronomy 30:19).

Human life at conception defies that a fetus is just a “mass of tissue.” According to the Bible, a fetus is not merely a mass of tissue. God’s Word does not distinguish between a “potential baby” and a “newborn baby.” In the Bible, the same Greek word brephos, which means “babe,” is used to describe both a fetus and a newborn baby.

Fetus: “When Elizabeth heard Mary’s greeting, the baby leaped in her womb” (Luke 1:41).

Babies: “People were also bringing babies to Jesus for him to place his hands on them” (Luke 18:15).

Human life is unique from all other forms of life. A human being is defined as a member of the species Homo sapiens. All human beings have their own genetic codes (DNA), singularly unique and established at conception. The DNA of a human fetus is distinct not only from animals, fowls, and fish, but also from the mother’s DNA.

“Not all flesh is the same: People have one kind of flesh, animals have another, birds another and fish another” (1 Corinthians 15:39).

Helpful Resources for you 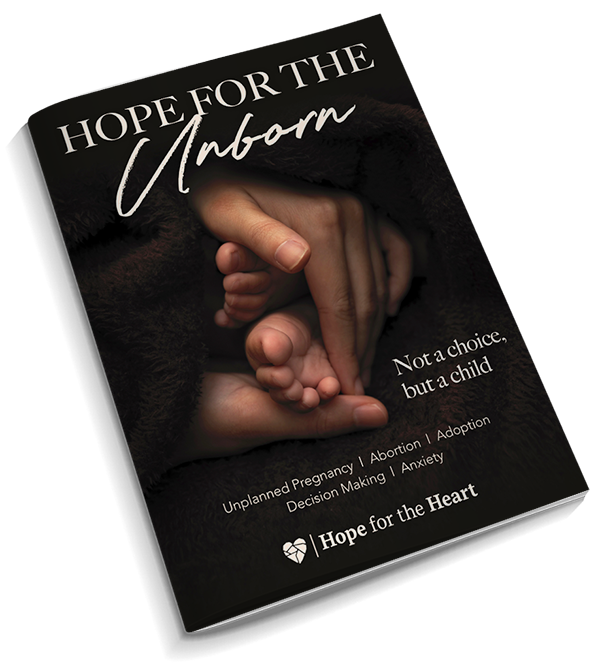 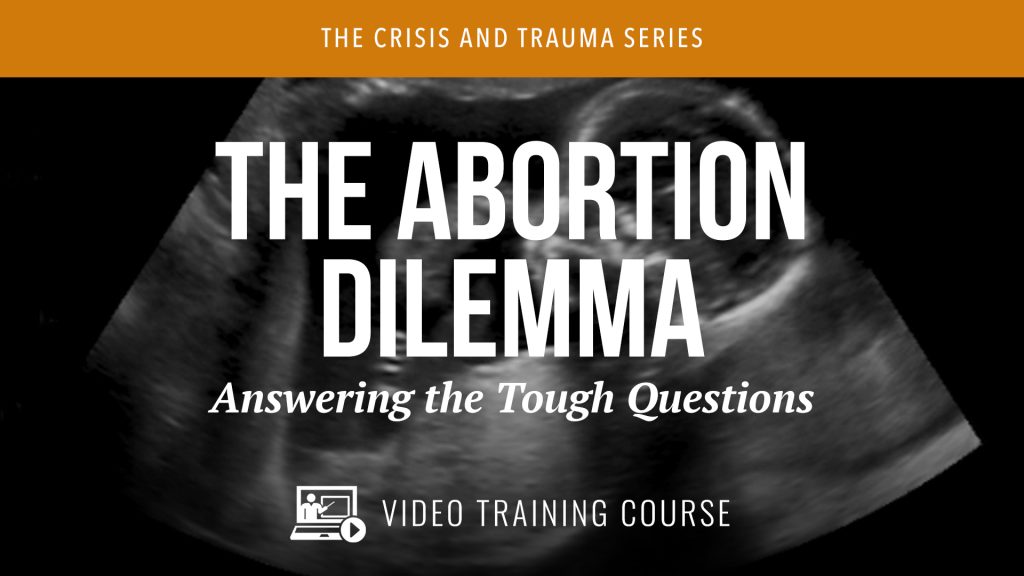 An 86-minute online video course with practical guidance from professional, biblical counselors on answering the tough questions about abortion, helping others navigate an unplanned pregnancy, and finding healing in Christ. 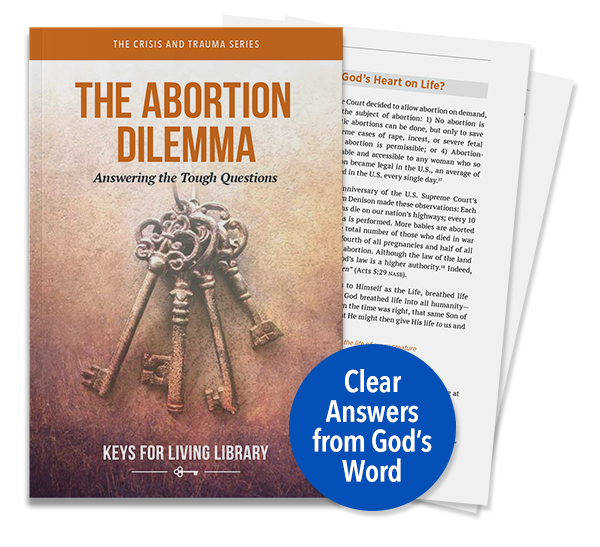 This book provides clear answers and practical guidance from God’s Word about abortion and life, including: