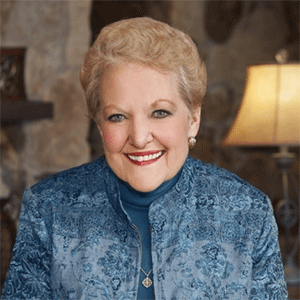 What do you think about when you hear the word forgiveness? Do you want to receive forgiveness, yet don’t always want to give it? If so, I understand.

Years ago, I lived in the trenches of unforgiveness, stuck in its muddy mire. Truthfully, I felt justified in harboring unforgiveness toward my father. After all, in my way of thinking, he was the guilty one—not me! He lived a lifestyle of infidelity.

At the same time, my mother was my “soft spot.” Had you known her, you would wonder how anyone could cause her such pain. She was consistently compassionate, kind, and caring. Whenever she hurt, I hurt.

I would try to protect her from Dad’s periodic punishing treatment. (That’s often the case with those we dearly love—we try to protect them from any hurt or harm—but teens don’t have the ability to change parents.) Yet, my mother struggled with her own sense of shame related to the immoral beginnings of her relationship with my father. In time, she was humbly repentant and totally yielded her life to the Lord.

How easy it was for me to focus on my father’s faults—to see him through a dark filter. Whenever he was wrong, I was inwardly delighted. I hated how he treated my mother … and I felt justified in my hatred. As long as I could focus on his faults, I thought my hatred was right. It seemed so logical at the time.

Many people see nothing wrong with harboring bitterness, resentment, and hatred.

I’ll never forget the day I came face-to-face with Scripture that challenged my thinking and changed my perspective. … First John 2:9 and 11 reveal … “If we say that we are in the light, yet hate others, we are in the darkness … and do not know where we are going, because the darkness has made us blind” (1 John 2:9, 11 GNT).

That’s what I was—blind! After becoming a Christian, I had been learning about the love, mercy, and forgiveness of God … yet, I still felt justified in holding on to my hatred. Forgiving my father seemed wrong, primarily because he had not changed. I especially couldn’t grasp my mother’s kindness toward him. To be candid, at times my mother’s kindness felt wrong—even offensive. I thought: Someone needs to let him know how wrong he is!

One day following his abusive words to her, I asked through clenched teeth, “How can you be so nice to him?” She gently responded, “Oh, honey, if he only knew the Lord, he wouldn’t be that way.” Her answer stunned me. That was the key—that was the solution!

She looked beyond his fault and saw his need. He needed a changed life through Jesus Christ. The Bible says … “If anyone is in Christ, the new creation has come: The old has gone, the new is here!” (2 Corinthians 5:17).

My mother and her friends prayed for my father to have a changed heart, and I soon began to recognize my mother’s heart of forgiveness. And though she periodically shed many tears, she kept focusing on his need. He needed Jesus. He needed forgiveness through a relationship with the Lord Jesus Christ—He needed the Savior.

However, the battle in my mind was this…

If I forgive him—that’s letting him off the hook. He has to change! Later I realized that’s not what Scripture says. The Bible reminds us that we who have been forgiven are expected to forgive. … “Bear with each other and forgive one another if any of you has a grievance against someone. Forgive as the Lord forgave you” (Colossians 3:13). Finally, I realized, I needed to take the burden of not forgiving my father off my “emotional hook” and put him on God’s “hook.” The Lord says … “It is mine to avenge; I will repay” (Deuteronomy 32:35).

Six months before my father died, he prayed for salvation, asking Christ to reign in his heart. Over the years, my mother reflected the compassion and forgiveness of Christ, and the hardened soil of his soul became soft. Finally, when the seed of truth was shared, it took root.

This FREE booklet gives you insight into God's heart on stress, anxiety and fear.